Speak To An Addiction Professional

Some people tell you that if it grows in the ground, it’s meant for you. Those people can continue to eat bark if they want, but some of those people may not have heard of Kratom. So, what is kratom?

Kratom is a mind-altering drug from the leaves of a tropical tree from Southeast Asia, the Philippines, and New Guinea. Kratom is not considered an illegal substance, but it is still easy to order on the internet. It can be sold as a powder, an extract, or gum.

Kratom is an unusual beast that doesn’t fit the same bill as other drugs, but being a psychotropic drug still means that this has the ability to be part of an addict’s regular cocktail of drugs. 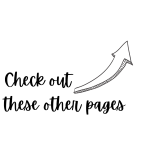 The History Of Kratom

Kratom’s scientific name is Mitragyna speciosa, which is located in tropical climates and is a member of the coffee family of trees. The tree has been used for herbal medicine dating back to the 19th century. Despite being called a herbal remedy and others claiming some success in response to opioid withdrawal symptoms, this is still considered a controlled substance.

While the tree itself exists in the wild, the compound has been made illegal to import and export in the united states. In 2018, a statement from The Food and Drug Administration’s Commissioner, Scott Gottlieb, stated that there was no scientific evidence that Kratom provides any assistance in treating opioid disorders.

If anything, it is very much the opposite, as the drug is said to have an opioid-like stimulant effect in larger doses. The FDA’s primary goal is related to limiting the drug’s entrance into the country from locations like Southeast Asia, but it still manages to get through in some amounts.

Some still think that Kratom helps people. The American Kratom Association is a lobbyist group that believes in the legalization and widespread use of Kratom across the US. To this day, a Kratom advocate’s main purpose includes spreading information on Kratom leaves. However, given the opioid-like effects, it is best to leave these to trained medical professionals until studies tell us otherwise.

Are You Ready To Talk?

Despite Mitragyna speciosa being a harmless plant by itself, addiction to this opioid-based plant can be dangerous. The plant has something of a sedative effect that results in higher pleasure and pain. Higher dosages result in more of a stimulating effect.

While the initial result may be increased energy and being more talkative, the problems come when you believe that they cannot function without the drug. Their entire lives may be wrapped around finding the drug, with feelings like not having enough alcohol in your system. The lack of stimulant effects may also cause the opposite effect depending on what area they attach to.

Given it is a mind-altering chemical, some people may not feel like they cannot function without it. This is similar to those who suffer from opioid addiction, which is dangerous regardless of prescription medication or something banned by the Drug Enforcement Administration.

Side Effects of Kratom

Below are the side effects of taking kratom:

In extreme cases, you may also find that the drug may cause seizures, liver damage, and death. Most of those cases have come from people who mix drugs, but they tend to be part of an overall cocktail of drugs.

Despite some people making medical claims on the usefulness of kratom, the adverse effects of its withdrawal happen to be pretty similar to illegal drugs.

Once your doctor has finished their analysis, they can begin prescribing a treatment that will likely start with medical detox. Medical detox will start to purge your body of the addictive compounds in kratom. This is done through time under analysis from a medical professional, likely as you stay for inpatient care.

Once your detox, and potential rehab, are finished, you may struggle to rejoin society. To address this issue, you can begin your journey at a sober living facility. Being surrounded by support is incredibly important when beating kratom addiction.

How do people use Kratom?

It typically comes as a powder, a gum, or the kratom leaves brewed in a tea. As a result, it can be ingested orally.

In small doses, it produces euphoria, which is like cocaine. Kratom exposure in higher dosages can have extreme effects. Given its limited exposure to the United States, we have only seen about 40 deaths. This is still concerning, as it heavily affects opioid receptors at higher doses. It is also often cut as a dietary ingredient to be cut with other dangerous substances.

In many cases, kratom is cut with other sorts of illicit drugs and medications. Some people mix it with cough syrup, which can cause hazardous side effects that have resulted in deaths in people.

It certainly can be. If you experience the signs of addiction while using Kratom, reach out to a professional for help.

Learn More From Us

Do people use Gabapentin for Anxiety?