Trazodone is an antidepressant that can treat behavioral disorders in dogs. Vets sometimes prescribe this medication for dogs that have significant anxiety. For example, Trazodone works with dogs who fear thunderstorms. However, humans are the primary target of this medication.

In dogs that do not respond well to conventional treatment, Trazodone can be a limited tool. However, this should not be the first stop for those who seek treatment for their dogs. Due to its ability to sedate, humans can abuse this drug.

In the remainder of this article, we will go through the history and general use of Trazodone. We will discuss how it is used (and abused) in people and dogs. 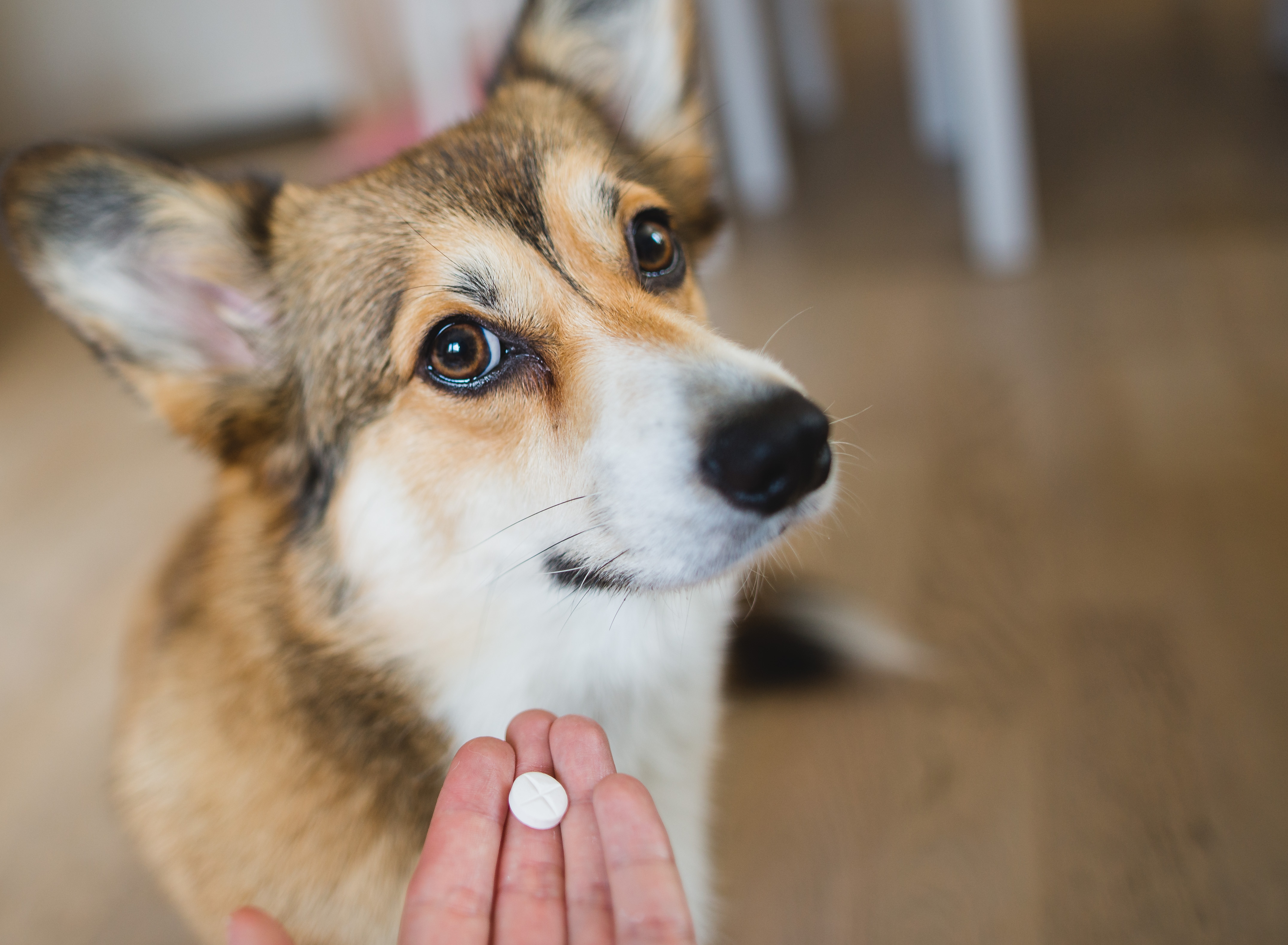 When handled correctly, Trazodone is a medication used to treat a variety of problems:

The medicine was initially developed in Italy during the 1960s but was first approved by the US FDA in the 1980s. During that time, it grew in popularity when compared to other sleep aids.

Many doctors may prefer to prescribe you to it over Ambien because it is less likely to cause dependence. Because it is not a controlled substance, doctors can prescribe as many pills as they want to you.

Just because they are less likely doesn’t mean that they are without the ability to cause dependence. Any medicine you take to help you get to sleep can cause addiction. Also, Trazodone is not approved by the American Academy of Sleep Medicine (AASM) for insomnia treatment.

There are also more severe side effects:

Trazodone Mixed With Other Drugs

Trazodone becomes far more dangerous when mixed with other drugs. In many cases, mixing this drug with other medications can cause serotonin syndrome.

Serotonin syndrome occurs when you take drugs, including Trazodone, which increases your serotonin levels beyond where they should be. This can cause rigid muscles and fevers. In extreme cases, it can cause seizures and death.

Below are a few examples of drugs you shouldn’t take with Trazodone:

As you may expect, high levels of serotonin can cause a high in the body. The result can cause some addictive tendencies to come out. When it comes to your human body, only take medication as your doctor orders.

Trazodone is typically an antidepressant prescribed for humans. However, veterinarians will often prescribe this to treat behavior disorders for dogs and cats.

Trazodone Side Effects With Dogs

Commonly noted side effects include the following:

Be extra careful if you have a dog with a heart disease history, liver disease, or history of kidney trouble. Also, be sure to inform your vet if your dog is pregnant. All of these will affect your vet’s decision on medication.

While Trazodone can be an effective treatment in dogs with anxiety, your first step is to work through more conventional therapies. Below is a list of potential treatments you can do to help your dog.

Your first attempt comes from changing your dog’s behavior. You can do this first through an intensive training style called counter-conditioning. Counter-conditioning works in combination with desensitization, which we will get into next.

Counter-conditioning seeks to change a pet’s response to a stimulus. To do this, you will need to pair the emotional reaction with a positive reward. For example, jumping at the mailperson is a response to built-in fear. Instead, you could train your dog that sitting and staying while your mailman comes to the door should be rewarded.

To start the counter-conditioning process, you need to begin with desensitization. This involves a small exposure to the problem to your dog. You will slowly increase the stimulus’s cause, but the little initial exposure will allow the dog to get used to this.

To do this, you will need to find at what level the dog responds and keep going lower until you find a non-response. For example, you could play thunder noises to find this out, slowly increasing their volume until the dog responds. Soon, the dog will be used to the noise as a simple part of the background.

In many cases, an anxious dog can receive a temporary sense of calm through physical touch. Do not force physical contact. Instead, do so naturally. This physical contact is a short-term solution to anxiety. Just be sure that the dog does not perceive this as a reward for snapping and the mailperson.

Your last-ditch effort in these issues comes from hiring a trainer. While this is likely more expensive than medication, changing the behavior will be better in the long run. Having a lethargic dog around the house doesn’t help. Instead, have an active dog that is responsive to your commands. By learning what you can from a trainer, you can apply that to long-term results and less anxiety.

Trazodone is a medication that applies to both dogs and humans.

In humans, Trazodone is an antidepressant that is often prescribed as a sleep aid. Its greatest danger comes from its ability to make people groggy, causing it to be a potential part of an addict’s drug cocktail. Mixing the wrong medications with Trazodone can cause serotonin disorder.

In dogs, Trazodone can be used to calm anxiety. This should only be prescribed with all other treatments have failed, as there are far more healthy alternatives. Try counter-conditioning and slowly exposing the dog to trauma to be used to what scares them typically. Also, be sure to let your dog know that they aren’t alone with plenty of physical affection.

Be it human or dog, Trazodone should only be used as prescribed.

With Help From Our Friends